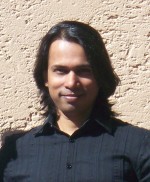 Looking for my Linked-In profile? I deleted it due to the large amount of recruiter spam and meaningless endorsements.

I am an electronics engineer who specialises in software engineering. I started programming in BASIC on an 8086 PC, then assembly language on PC and PIC microcontroller, wrote an IDE in Turbo Pascal, an IRC client in C++, real-time digital audio processing software for a 486SX33, Windows miniport drivers and embedded firmware for PCI satellite receivers and set-top box satellite decoders, a real-time web-based steel plant monitoring system utilizing Java applets (back in 1998), a content management system in Cold Fusion, an even more advanced one in Java, web-based home automation software, social-networking applications in Ruby On Rails, mobile websites in Python using Django, native Android and BlackBerry 10 apps, a domain-specific language for Android, and machine learning solutions in Python.

I co-founded a successful software development company, created multiple startups, and spent 5 years freelancing as an Android developer as a way to help build solutions for other startups as well as NGO's. I have run training workshops at universities across South Africa, presented several times at high-profile conferences as well as user groups, participated in and mentored at hackathons, mentored startups, co-founded a maker space, and have created and contributed to several open source projects.

I have worked in a steel plant, consumer electronics manufacturing company, large financial institution, some web development companies, a retail software company, and a research lab. In 2001 I co-founded a web development company called Cambrient (now known as Native-VML) which I left in 2009 to pursue mobile technologies and create web startups.

My goal is to use first-world technology to help solve third-world problems.

Some projects worked on

Developer and mentor at Pledger

"Working with Toby is an absolute pleasure. Not only is he one of the most detail oriented people I've worked with but he's efficient and always finishes his projects before time. Whether it's Web or Android development Toby is on-top of the latest trends and with his wealth of experience he can set you straight on what is possible out of the platforms he builds on. I could not recommend Toby more."

"Toby is a highly skilled technology expert / architect. He works very fast and efficiently. Toby has his finger on the IT industry's pulse, and has a particular interest in mobile (Android / iOS) development. I found it very motivating working alongside Toby. He has a great personality, and with his engineering background, is always busy with an amazing technology project. I recommend Toby, and I hope we can work together again in the future."

"I had the pleasure of first meeting Toby when we both completed the B.Sc degree in Electronic Engineering at the University of Natal. He immediately struck me as a highly motivated person with a flair for software engineering. Our paths crossed again when Toby joined Altech UEC's DVB-Satellite PC card project, where he added tremendous value in the embedded firmware, and network interfacing of the satellite modem. More recently, I had the privilege of receiving a crash course/demonstration from Toby on the Android system and its potential for use in other consumer electronic devices. Toby's passion for technology and its application comes through in leaps and bounds, and makes him a real asset in this environment."

Toby, as the maintainer of the Android IMSI-Catcher Detector Project on GitHub, I cannot thank you enough for your awesome contributions to our open source App! We, the whole AIMSICD team and I, have been crawling the web for weeks, introduced our project in multiple forums - but finding a privacy-minded Android Developer like you, who is also willing to contribute for free to an open source project on GitHub is extremely hard these days. No joke, nearly impossible!

Then, I found your wonderful website, read about the stunning work that you've accomplished so far and instantly noticed that I like the way you talk about your goals in life. Because, is it not what everyone should be dreaming of? Getting in touch with you was just a pleasure! You not only refreshed our team by joining us, but also commited high-quality code and many very important bug fixes on GitHub. If anyone would ask me which developer to recommend for their next funky Android project, I now have an answer which I am proud of: Toby Kurien! THANK YOU.

-- SecUpwn, maintainer of the Android IMSI-Catcher Detector project, worked with Toby on GitHub